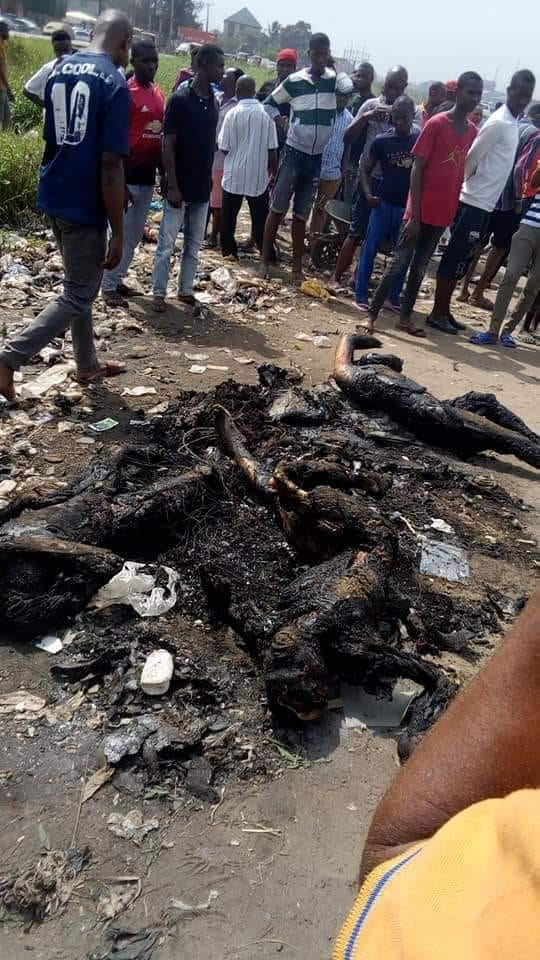 The suspects robbers burnt alive by an angry mob

Three suspected armed robbers have met a sad end after being set ablaze by an angry mob yesterday at Ariara intl. Market in Aba, Abia state.

It was gathered that three men were caught while trying to snatch a tricycle popularly known as Keke Napep from the driver.

The angry mob descended on them with series of beating before setting them ablaze.

This latest incident of mob action is coming weeks after two suspected thieves who specialised in snatching the money withdrawn by bank clients, were mobbed and set on fire.

It was gathered that the duo were on their bike, waiting for their next victim in front of a bank at Abayi, Aba, Abia State.

As soon as their target left the bank, the suspects swooped in and snatched the bag of money.

However, they were nabbed while trying to escape and subsequently set ablaze alongside their operational bike.

Stay updated with the latest Nigerian news from Information Nigeria

What we know about Michelle Marie Martinko's death and investigation